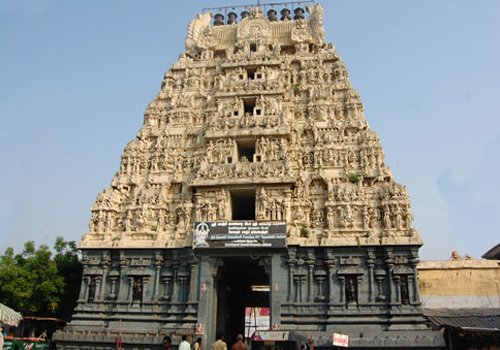 The Kamakshi Temple is a famous Hindu temple dedicated to Kamakshi, one of the forms of the goddess Parvati. This is one of the three holy places of sakthi temples in India. Here the goddess is workshipped in the form of a chakra placed in front of the idol. The main tower over the sanctum (Vimaanam) of the temple is gold plated
Open Hours : 6AM to 12Noon & 4PM to 8PM
About 5 min walk from the Hotel.

VaradharajaPerumal Temple or Hastagiri or Attiyuran is a Hindu temple dedicated to Lord Vishnu.It is one of the DivyaDesams, the 108 temples of Vishnu believed to have been visited by the 12 poet saints, or Alwars. This temple is also famous for two lizard sculptures one covered with a sheet of Gold and the other covered with a sheet of silver, It is believed that lizard dosh (Bad karma) can be eradicated if they worship those statues. Open Hours : 6AM to 12Noon & 4PM to 8PM About 1½ KM from the Hotel. 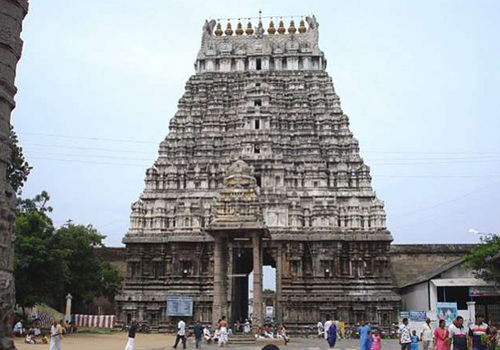 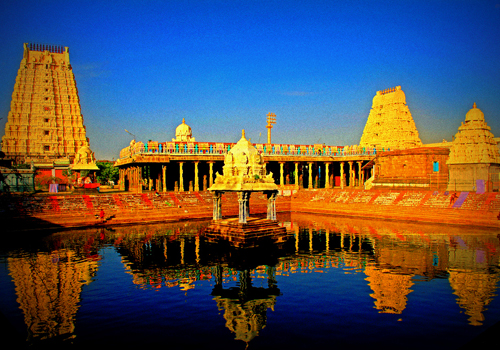 EkambareswararTemple is a Hindu temple dedicated to Shiva.The temple is the largest temple in the town of Kanchipuram and is located in the northern part of the town.The temple gopuram (gateway tower) is 59m tall, which is one of the tallestgopurams in India. It is one of the five major Shiva temples or PanchaBoothaSthalams (each representing a natural element) representing the element - Earth.
Open Hours : 6AM to 12Noon & 4PM to 8PM
About ½ KM from the Hotel.

UlagalandhaPerumalTemple, or ThiruOoragam is a temple dedicated to Vishnu. This temple has a perumal statue standing tall with his left leg raised up to indicate his one step has measure the sky.
Open Hours : 6AM to 12Noon & 4PM to 8PM
About 5 min walk from the Hotel. 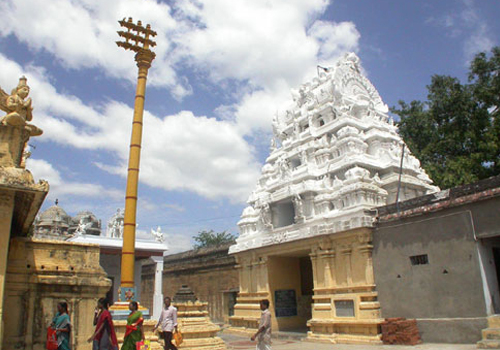 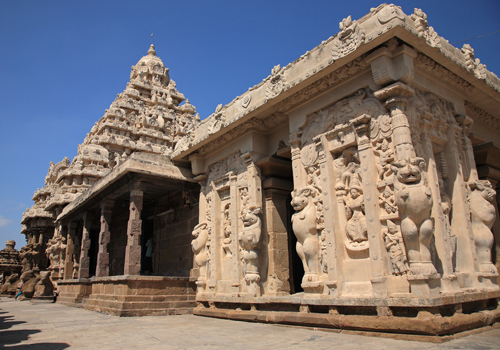 The kanchiKailasanathar temple is the oldest structure in Kanchipuram,it is a Hindu temple in the Dravidian architectura.It is dedicated to the lord Shiva.The temple was built from 685-705AD by a Rajasimha ruler of the Pallava Dynasty. The low-slung sandstone compound contains a large number of carvings, including many half-animal deities which were popular during the early Dravidian architectural period.The structure contains 58 small shrines which are dedicated to various forms of Shiva.
Open Hours : 6AM to 12Noon & 4PM to 8PM